Posted on January 19, 2017 by Nicholas Zembashi 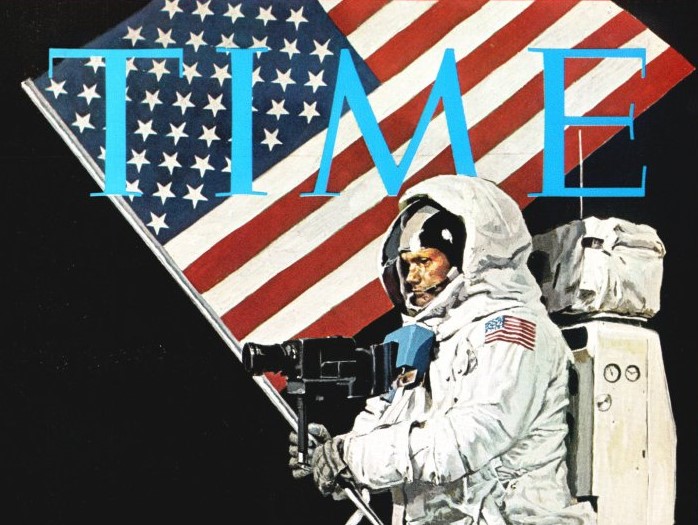 Here are some spreads for my TS course of Mass-customization. In them I am also trying to brainstorm on ways of further exploring the potential of spatial flattening through the screen, as one of the project aspects we discussed during the last tutorial.

Also … how’s ‘Fact Factory’ as a current title? Too literal? 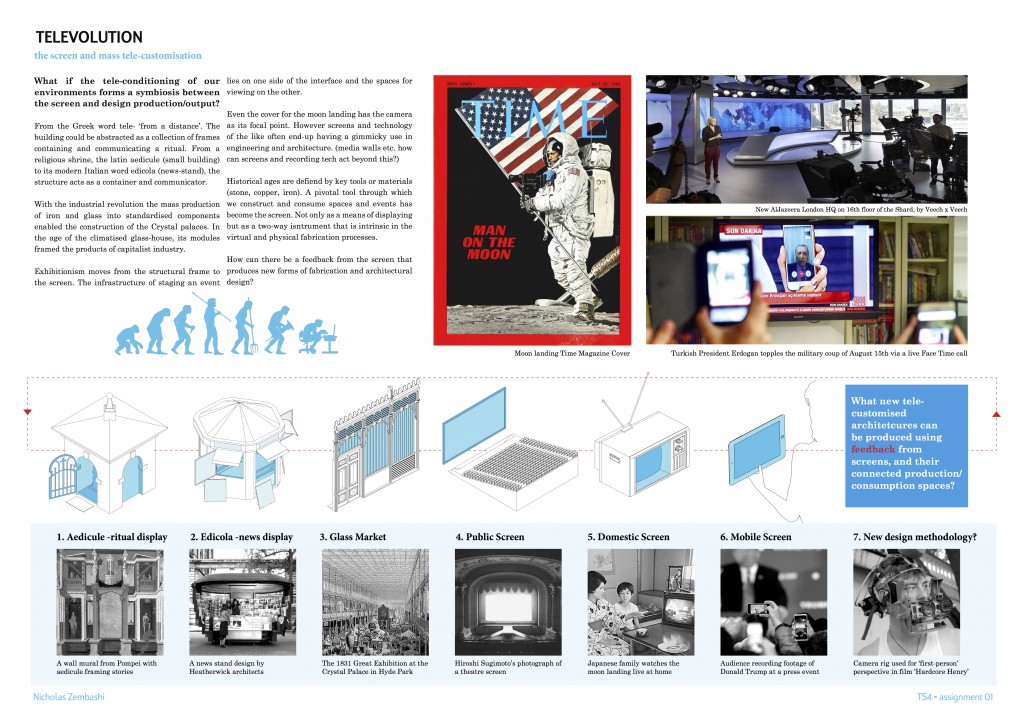 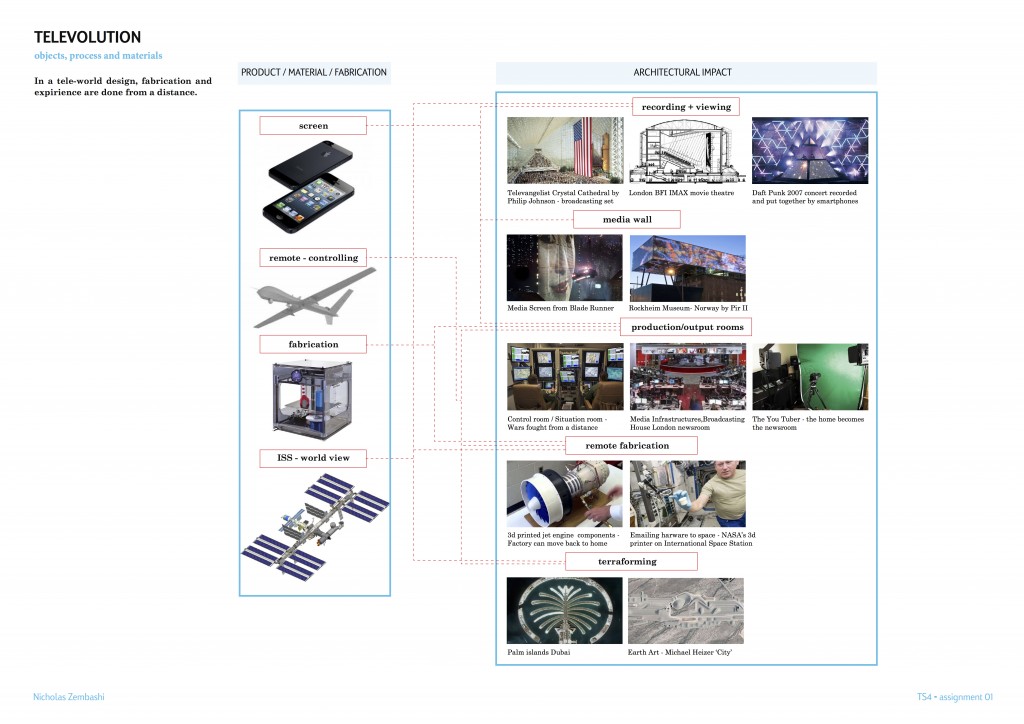 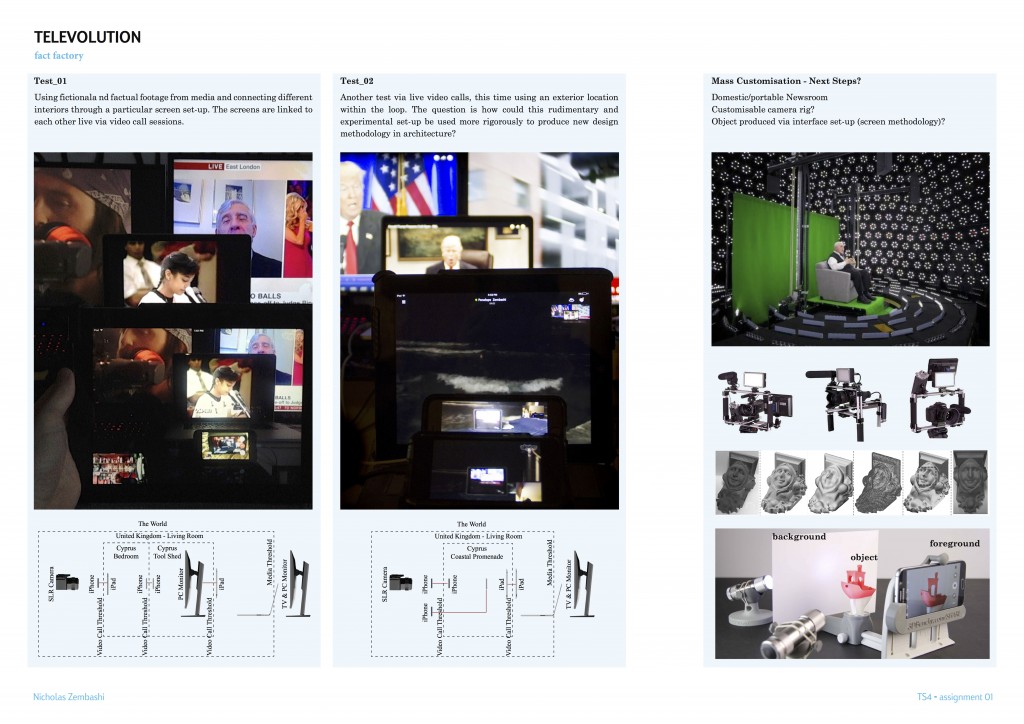 In terms of the project and the Jury what I’m focusing now is to build on my previous film narratives and construct a new story as a news report that can produce its own factual/fictional objects and spaces.

The ‘film posters’ or ‘news headlines’ could be a good initial starting point to capture/frame key ideas and discuss tomorrow.

One Response to Televolution – Fact Factories