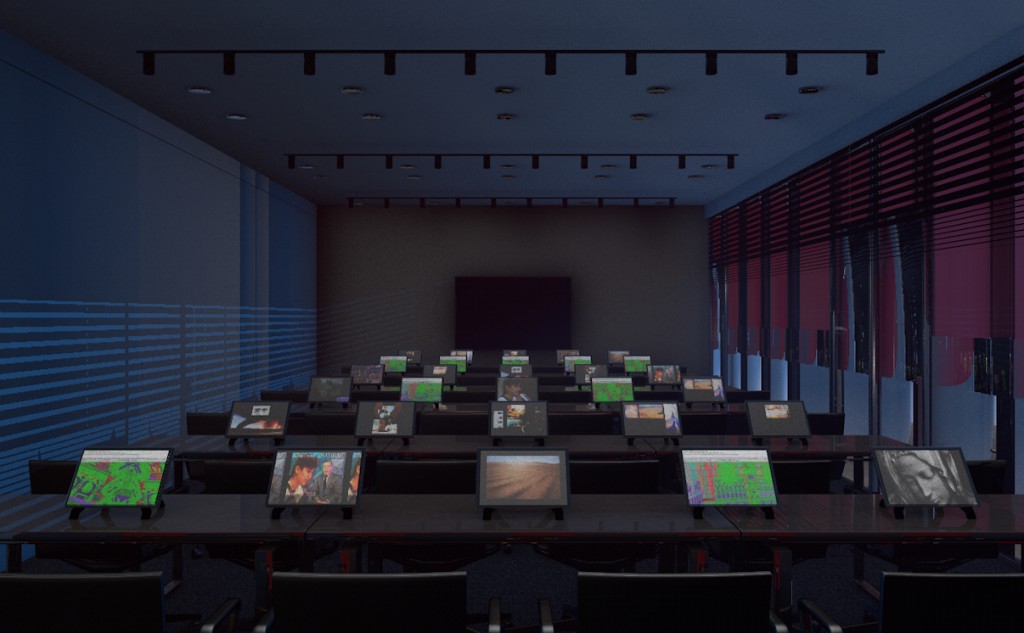 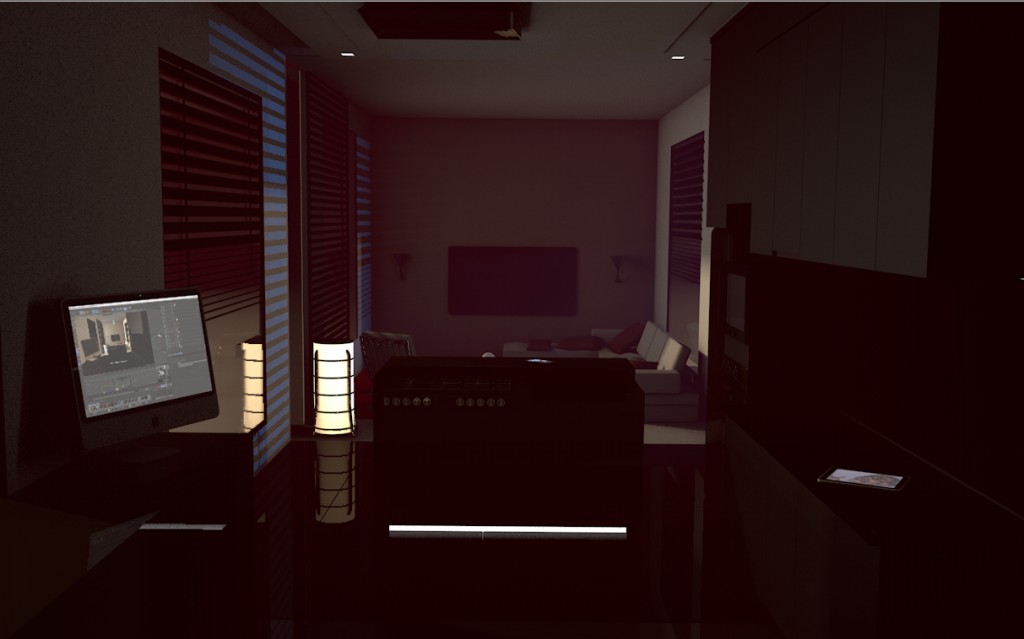 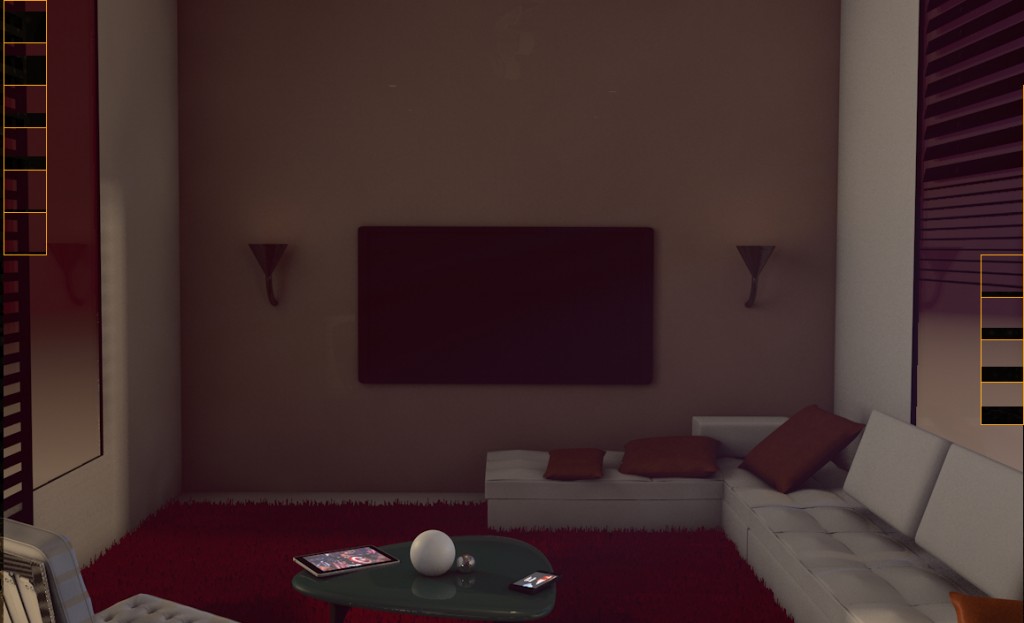 A: A manifesto in favour of the screen as a site/landscape – part of the argument in the project is advocating media as an aesthetic of pleasure, spectacle and distorted time not a source for facts but for narratively packaged truth, enjoyed as stories.

A: Granting the screen a body and discussing the issue of surface and flattening of the mode of representing place and events-happening – architecture having been the built container of worlds and what of it when the apparatus is the screen.

A: An increasing distance between our inside and our outside, a disparity that changes our perception of events – from Greek root of tele- meaning from a distance, we are beyond merely tele-vision but we tele-everything including event construction and spatial understanding of the world.

-An annoyance with the attitude towards fake news, media lying, conspiracies, post-truth etc. whereby I wanted to discuss the architectural/spatial role of surface in turning any curated media (from traditional ornaments in the past to digital texture today) into a cult of tele-spectacle where fact doesn’t matter over story-telling.

Q: Role as an architect?

A: The curator and designer of spectacle – my take on the Diamond Age as a brief is to look at footage as the material substance of our age – the site is the screen and their common spatial denominator: surface. Curator, editor – story-teller – time compressor/exploder.

A: The explosion of it –exploitation of every singular moment to be stretched and expanded in the media – everything becomes spectacle – therefore is everything also beautiful or subject to aesthetic scrutiny like never before?

What is our role other than condensing in reverse through omission and curation our work at juries at the final table or at exhibition – every year at the AA tutors repeatedly in my experience I hear saying how horrendous we are at displaying our own work – because we go for maximum spectacle and no other means of representing the work itself in its depth but on its surface – visuals above content is the casualty of our discourse perhaps and the Telescape doesn’t necessary look at this negatively but celebrates it as the creed of our times and of the future.

Q: Why the Baroque ornament?

A: The fold inside/outside disparity – the theatricality conceptually works; the ornament as a frame to screens screaming for attention – Vatican of Screens – a celebration of the screen – the screen is put dead centre of the frame we venerate it.

Also early on in the year part of my writing and research delved into notions of the neo-baroque and looking into the construction of facts in Latourean terms as well as his argument of us never having been modern – and I particularly like the opening to the book itself where its very much like my scroll-edit transition where he introduces the crux of his argument by describing the headlines in a news article he’d been reading and how they sit amongst each other on the cover page not only in visual disparity but also content.