Posted on February 13, 2017 by Nicholas Zembashi

I have been reading the text on “The Ugly” and trying to reframe my entire argument around certain key aspects of it including ideas about excess and boredom or fear of death. Mark speaks of it in Freudian terms and also refers to escapism as playing dead when we use our conventional approach to beauty as a way by which to project our desires and escape the non-space of loss or meaninglessness that is the ugly.

I particularly like how the argument refers to the idea of surface, the masks of expression and how it elaborates spatially by bringing the debate around notions of the exterior and the interior and their representations of each other. This made me think of the model ideas of ‘footage event’ fragments I showed in this reference last time form a Unit 15 student at the Bartlett: 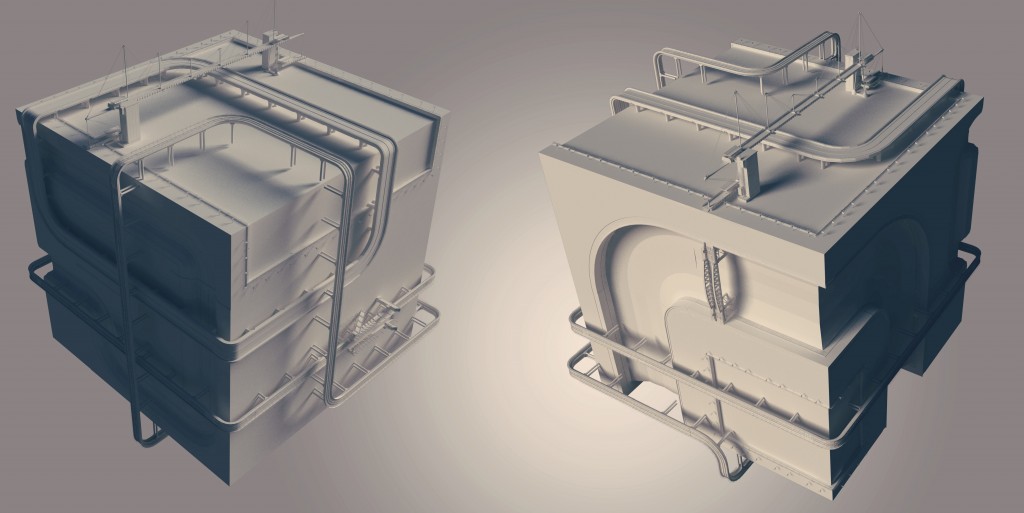 His project was about a Rubix Cube city which is totally different but the object above is quite inspiring for a potential next phase model to build into my film.