Sorry for the late update. I wanted to pan a bit more and to structure my position a bit better first.

Apophenia is the spontaneous perception of connections and meaningfulness of unrelated phenomena.

In the neolithic age, agriculture anchored our species concretely onto landscapes. We evolved from a nomadic species to become a sedentary species. As a result our metabolism becomes encoded in physical space.

Apophenia generated our version of nature, nature 2, which is the beginning of our technological ecosystem.

Our engagement with nature was merged with a conceptual reality, encoded in mythologies.

The cybernetics movement aimed to merge the control and communication in the animal and the machine, inventing a new nature brought about by systems.

Now we are in a new neolithic: ‘farming’, ‘harvesting’ and ‘mining data’. We digitize everything around us as a form of systems control, creating a sea of data where we attempt to divide the signal from the noise.

On September 13, 2005, the dungeon boss Hakkar the Soulflayer in World of Warcraft casted the Corrupted Blood Debuff. This incident lead to this incident being used as a model for epidemic research. This model was eventually used to study recruitment systems for terrorist cells.  Following this, IBM’s Watson deep learning algorithm was programmed to separate  genuine refugees from Daesh moles, which was based on a narrative on how a mole for infiltrate civilian populations and profiling refugees accordingly.

Google’s deepmind software aims to mine data through apophenia to predict illness. It’s new experimental algorithm, alphago zero, aims to discover knowledge through not just pattern recognition, but through inventing the rules. 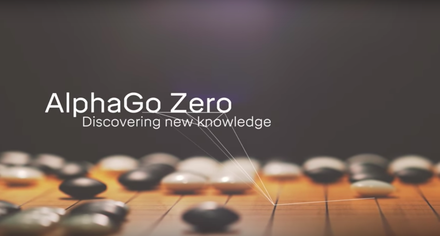 Sorry this panning seems broad and abstract, but it will make sense later when I structure it better.

I’m not sure how to upload videos onto the blog, here is a screenshot of the video:

What I learnt from this video that my space should be structure in multiple layers: