Posted on February 16, 2014 by Ananth Ramaswamy 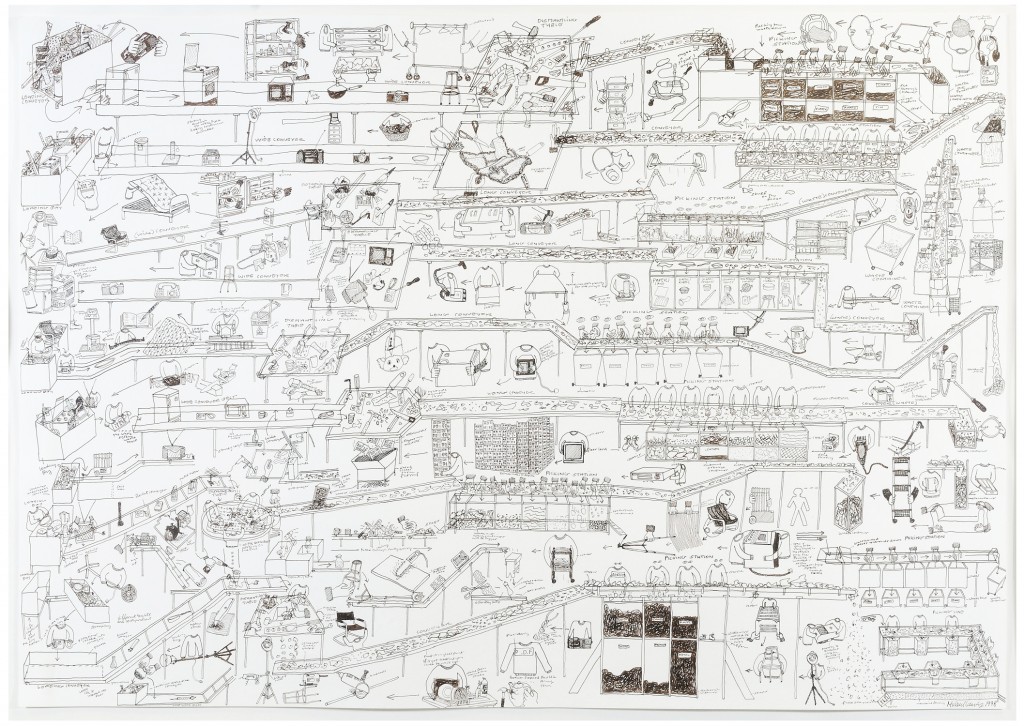 ( Thank you Maddy for this!)

As an idea, setting up a disposal facility to destroy all one’s possessions is pretty unusual and it’s certainly not one that conjures up an immediate image in the mind. There would be many ways to go: a big crushing machine perhaps, or maybe some sort of funnel and an industrial scale waste disposal unit like the ones you sometimes see in kitchen sinks but huge, or, well all sorts of other possibilities really.

The idea of using a production line – a strategy more usually associated with making than unmaking – to manually destroy objects is one of many possibilities so in proposing the project it makes sense that Landy would draw out his vision as he developed the idea and chased the commission that allowed him to realise the idea. The drawing carries a sense of thinking the idea through and identifying the stages necessary to complete the process. This is, in essence, drawing as narrative. It’s the sort of drawing that takes time to read, yielding up new information with each look. 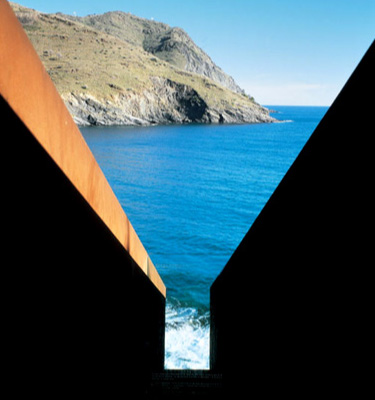 This image i love, for it frames