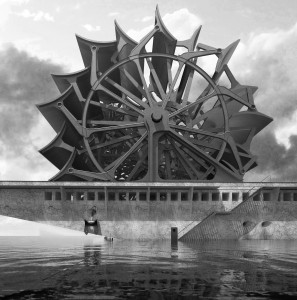 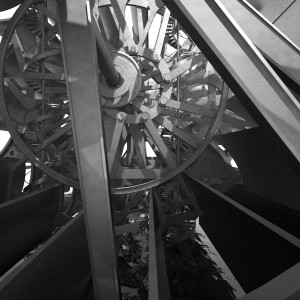 The feathering sidewheel was perhaps the most successful attempt to improve the efficiency of the conventional paddlewheel. The idea was to continually adjust the paddle blades, or “floats,” as the wheel turned, to get the best, most effective use of the engine’s power. In the feathering wheel, each float was secured in an iron frame so that it could pivot slightly. Attached to the rear face of each float was a short arm, which was itself attached to second wheel, attached to the outside frame of the paddlebox, and set to pivot slightly forward of the main wheel. It was a complex arrangement, but it worked well.
The feathering paddlewheel was first patented in England in 1829 by Elijah Galloway. In 1838 the rights to the design were transferred to an attorney, James L. Lucena, who turned it over to his partner, William Morgan, an engineer from Surrey. Morgan refined the design considerably, and by about 1850 feathering wheels were becoming increasingly commonplace. Although they were not widely adopted by large transatlantic steamers, due to their cost and “likelihood of derangement,” they quickly became the standard for vessels like excursion boats and harbor tugs.
Feathering wheels possessed an additional advantage for smugglers- because the floats entered the water at a more efficient angle, they were quieter and kicked up less spray than conventional wheels, an important consideration sneaking past Federal warships.
Feathering sidewheels quickly lost favour in the latter half of the 19th century as the efficiency of screw propulsion became evident. For a few purposes, though, sidewheels retained an advantage. They were especially useful for harbour craft that needed to manoeuvre in narrow channels and docks. Frequently, a steam tug equipped with independently-controlled sidewheels could spin on its own axis like a top. Paddlewheel steamers remained in widespread use into the 20th century, particularly in the United Kingdom, where several examples were still in active service in the years after World War II.
from Peter Allington and Basil Greenhill’s The First Atlantic Liners: Seamanship in the Age of Paddle Wheel, Sail and Screw (London, Conway Maritime Press, 1997). 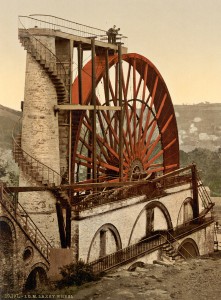 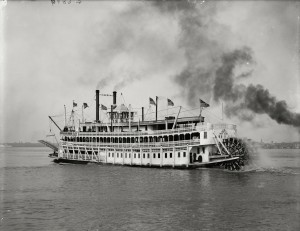 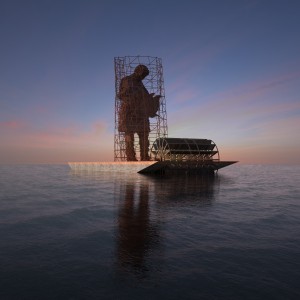 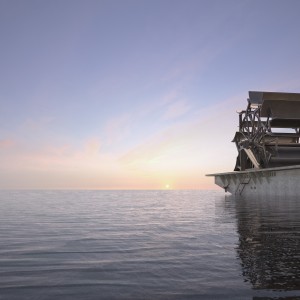 Boats isolated against the horizon.
This entry was posted in Uncategorized. Bookmark the permalink.