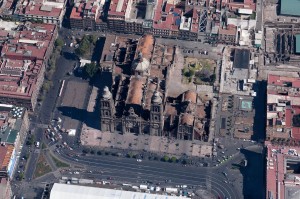 Continuing with the theme of saving monuments from physical place, I may excavate the Mexico city Metropolitan cathedral to save it from sinking, the lowered water table and it’s uneven foundations mean the cathedral is sinking every year. However, being so inland the escape route via water is out of the question….FITZCARRALDOOOOOO 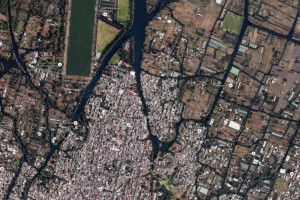 ‘Mexico City’s was built during the 16th century by the conquering Spanish, perched prominently atop the ruins of the defeated Aztec city of Tenochitlan. Foundations of Aztec monumental structures still lie beneath the equally monumental colonial constructions, which include the largest cathedral in North America. Xochimilco, 30km south of Mexico City and representing over a thousand years of land reclamation and urban development, is sometimes called “The Venice of the Americas”; the city has retained its indigenous network of artificial islands and canals (“Floating Gardens”), while colonial and modern structures now dominate architecture on its banks. Both are world-renowned for the magnificence of their historic architecture and vibrancy of life.

The historical structures, canals, and pre-Columbian vestiges that remain in both these locales are constantly under threat from increasing population and urban pressures. More and more of the scenic Aztec canals in Xochimilco have been filled in for urban and industrial development. Meanwhile, Mexico City’s 18 million residents have been draining the aquifers under the city dry, causing historic structures around the city center to be at risk of collapse. Most prominent is the Cathedral, built in 1536, which has been sinking since shortly after it was built but recently has begun to collapse at an alarming rate. If the Cathedral goes, so do the archaeological remains of the Aztec Pyramid of the Sun, the foundations and lower section of which make up the foundations of the Cathedral itself; much of this important monument has not been archaeologically excavated.’

Save Xochimilco from encroaching waves of people, the land is being flooded by the expanding human population.

The projects on the whole seem to have a certain element of flexibility or malleability which responds directly to the space and context that they inhabit or frame. These moveable elements within the created spaces and artefacts are visually, functionally and ideologically intentional to form the desired collaboration between architect, space and user. They all have an element of interactivity, most obviously shown in the installations with the structures responding to direct touch and weight distribution etc and then more subtly in the practice’s space designs where moveable and perforated elements are integrated into facades and partitions. 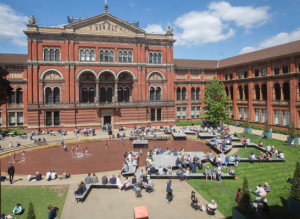 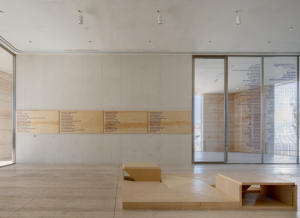 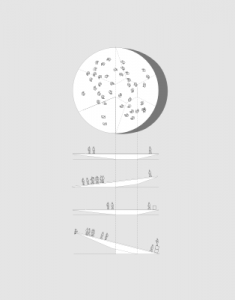 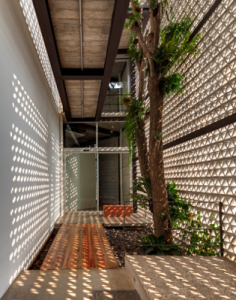 Also after reading the project descriptions the schemes are described to question place and identity as well as continually referencing mexico in part by mirroring parts of the Tenochtitlán grid as well as describing excavations as ‘unearthing ancient ruins’. The practice also strives to create narratives through construction of space, all of which is VERY DIP 9. Is it important to the practice to be able to integrate some fragment of the identity of Mexico into projects at a local scale as well as internationally?

After reading the practice information the ethic seems to be focussed on integrated and collaborative work WITH PEOPLE in conjunction with their environments on an urban scale. The philosophy being to foster open discussions and conversations when it comes to space-making and situating built interventions within existing cultural contexts.

They also have a huge breadth to the range of projects they take on which would be interesting to ask about, it’s kind of Eamesy in a way as they design buildings of varying scale and type from singular houses to shopping centres and then also design furniture etc. 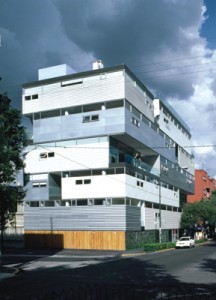 Again the practice has a huge breadth of projects covered internationally, the projects place emphasis on boundaries and thresholds between between built and unbuilt space internally as well as between architecture and landscape. Are these thresholds and the careful treatment and manipulation of these boundaries where the practice situates itself? 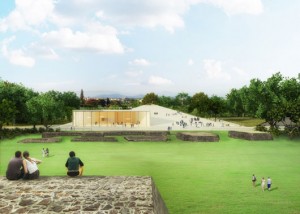 The creation of microcosms or little worlds within their work is interesting as with the ‘Flower Terrace’ project, does the practice continue to seek re-inventions of the way we associate with and can personalise green space within an urban environment? The project has a very interesting re-working of the conventional concrete floor slab by extending the slab to create structural outdoor spaces. 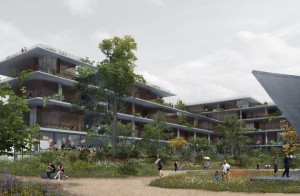 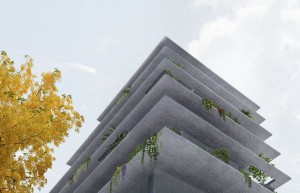