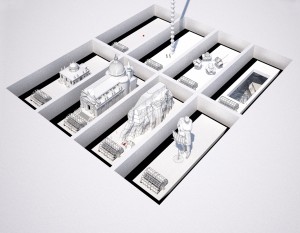 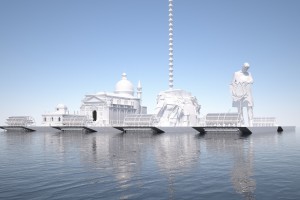 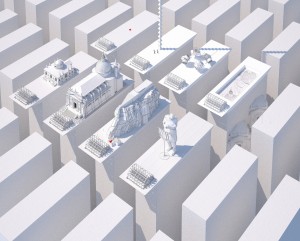 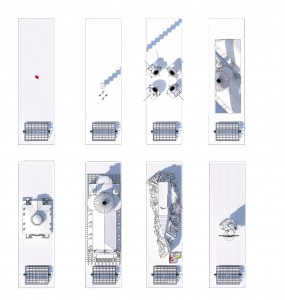 Placement and representation can be used to convey the identity and attributes of an object. When an object is displaced from its original context the identity of that object as tied with place changes and as a result the meaning of the object to the viewer is redefined. Brancusi sought to convey the most archetypal representation of his subject matter in his work. However successful he was in reducing his pieces to the very essence of their subjects, outside of the walls of his studio and removed from their plinths, the perception of the sculptures as art pieces is reconsidered and the intended meaning displaced. Upon arriving in America the sculpture ‘Bird in Space’ is re-branded as a kitchen utensil by the US customs office. The geographical displacement of the sculpture from the backdrop of Brancusi’s studio redefines its identity to something completely ‘other’ than art. Brancusi’s sculptures flee Philadelphia to find like-minded objects; they come across a familiar friend; Duchamp’s chocolate grinder.

Venice has faced a cultural displacement; the identity of the city as it once was has been lost. Now almost solely viewed through a camera lens, the desperate attempts to save Venice from the ocean seem pointless. Instead of saving the city as a whole, can certain notable characters of the Venetian architectural landscape be saved and maintain their identity alone?

The physical manifestation of displacement comes from the excising of a terrain; Venice, threatened by the rising tide, is broken into pieces. Paddleboat barges save chosen fragments of the city and float away leaving the rest to Atlantis’ fate. We choose which of Venice’s many treasured landmarks to save through Lord Burlington’s eyes. On his grand tour of Europe Burlington became obsessed with Palladio and longed for authentic pieces to build his architectural library. Hence Il Redentore and San Giorgio Maggiore join the pilgrimage.

After projecting himself across India, Narendra Modi, now displaced onto a paddleboat stands amplified to a great holographic height, without his speech and political platform the projected super-Modi is removed from his constituents in search of new socio-technological conquests. His image is one of many projections; the location of the real Modi is unknown.

An inverted paddleboat shows a window into time, the paddleboat hovers over a lost underwater city in 330BC.

In an attempt to reconsider the identity of the fragments, they are removed from their original context and placed onto paddleboats floating on water; the paddleboat becomes the vehicle for displacement and water assigns a possible trajectory. The staging of the fragment within the world also becomes important in the making of the image and what it represents to the viewer. When represented without water as context the fragments are isolated and only exist within the paper-space, when displayed on water the fragments take on a three dimensional quality, a level of abstraction is removed and we read the composition as fragments existing in a world rather than an image of fragments in a model space. When displaced onto plinths the fragments take on a static, fixed quality, when on paddleboats there is a level of propulsion implied.

Will the displaced fragments reach the collection or are they destined to float in a sea of possibilities until they join a trajectory that attaches them to the continuum or perhaps another world. Will they remain tied to the water or will they reach land and cut-through its bulk just as the absurd steamboat in Fritzcarraldo once did.

3 Responses to Field of fragments: Identity tied to place