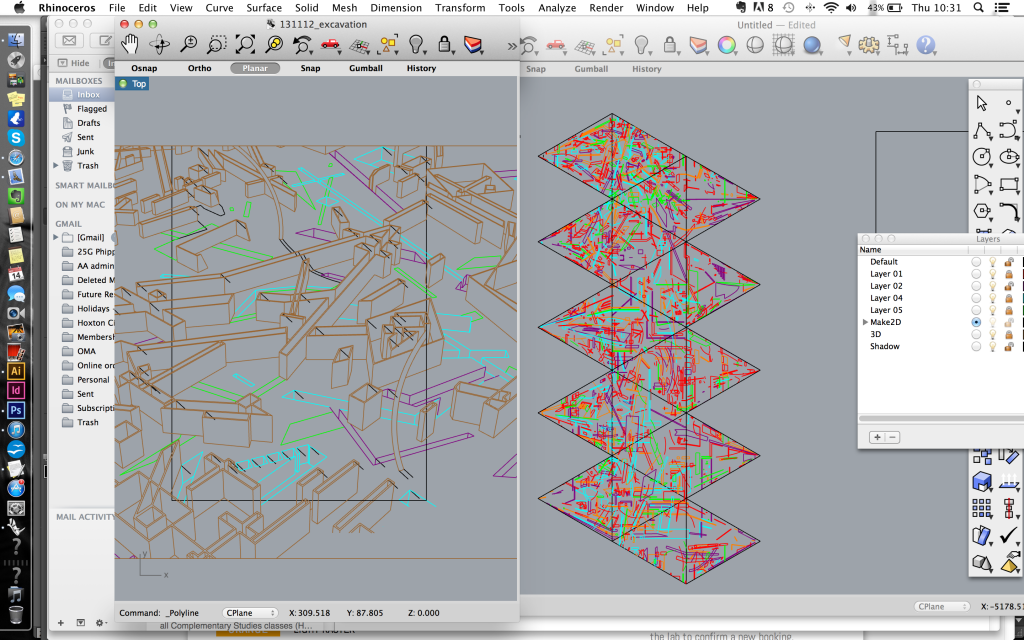 The characters in the narrative [Baudrillard, Voltaire, Coronelli, Borges] have for the time being been replaced by the following binary relationships, each working on a different scale (the first word being the thing being depicted in the main image in the background of each plate (the “territory”) , whilst the second term is what we see in the represented version of it being held in the hand in the foreground (the “map”)):

– Object <-> Drawing [the drawing exists as a pure representation of the object / object precedes representation]
– Movement <-> Notation [the notation is an abstraction of the movement, has a life of its own, only selectively refers to the world outside]
– Landscape <-> Map [map is blank, landscape exists alone]
– Physical Reality <-> Vision [vision exists independent of the physical reality, becomes so real in itself that it doesn’t matter whether or not it actually exists externally]

Still too many different terms with overlapping meanings – updated text and storyboard to come this evening.