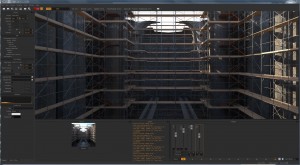 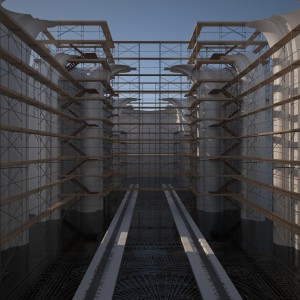 Post TS submissions and Post Previews I have been questioning where the project is going to arrive, I quite like the ambiguity of the big wall or ‘Capriccio’, however I have been reading the AA Adgendas 2012 book ‘Drawings that count’, there is a conversation between Mary Beard and Francesca Hughes during which they discuss ‘the ruin‘ in conjunction with construction.

A ruined city is indistinguishable from a an unfinished city. ‘The ruin is both a beginning and an end, both a death and a start and you cannot tell the difference between the two’.

This is interesting to me after previews, and the speculations I have made for what the project might be, as I referred to the wall as a deserted island (referring to Deleuze’s quote) which even when inhabited by the elements and artefacts that are saved will still remain deserted. What I’m thinking now is that maybe the artefacts never arrived, the journey was too long and the Capriccio planned inside the wall was never realised, none of the artefacts made it to the island.

If this is the case then the island hangs between the states of construction and ruin, the intent of the wall to be filled is a dead end, the island exists in limbo, a subtracted landscape of infrastructure built for what never arrives.

The above WIP images show the abandoned spaces meant for the arrival of Il Redentore in a state of construction or ruin.