I have been focusing on ‘The Great Cutting’ specifically the wounds left behind, the ‘Cutaways’. 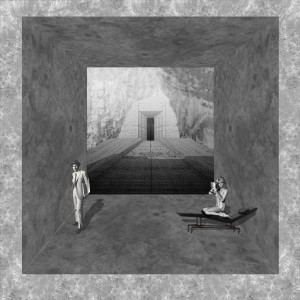 The above images show the building of the Casa Malaparte Monument in sequence. The Cutaways show traces of the buildings that have been removed to float on to the collection. After the cleaving of Casa Malaparte from the rock at Capri, the left over stumped rock is reshaped into an inverse of the Casa M, a space at the south end of the rock jetty frames the ocean view and a stair extends into the rock face behind forming interior vignettes. 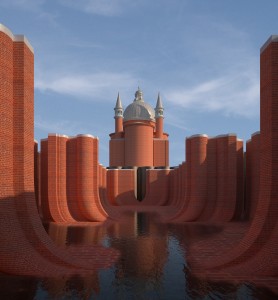 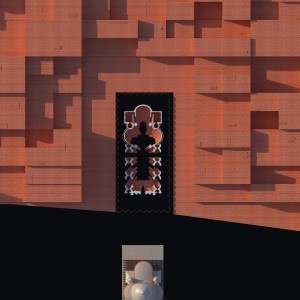 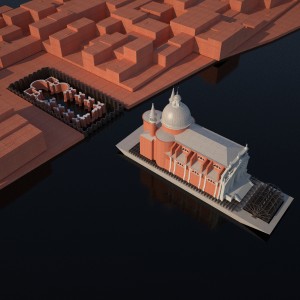 The above images show the cutaway left behind after Il Redentore’s departure, a resevoire-esque extrusion of the church’s foundations mark the spot where Palladio’s masterpiece once stood.