Is that a bird? plane? The milky way? 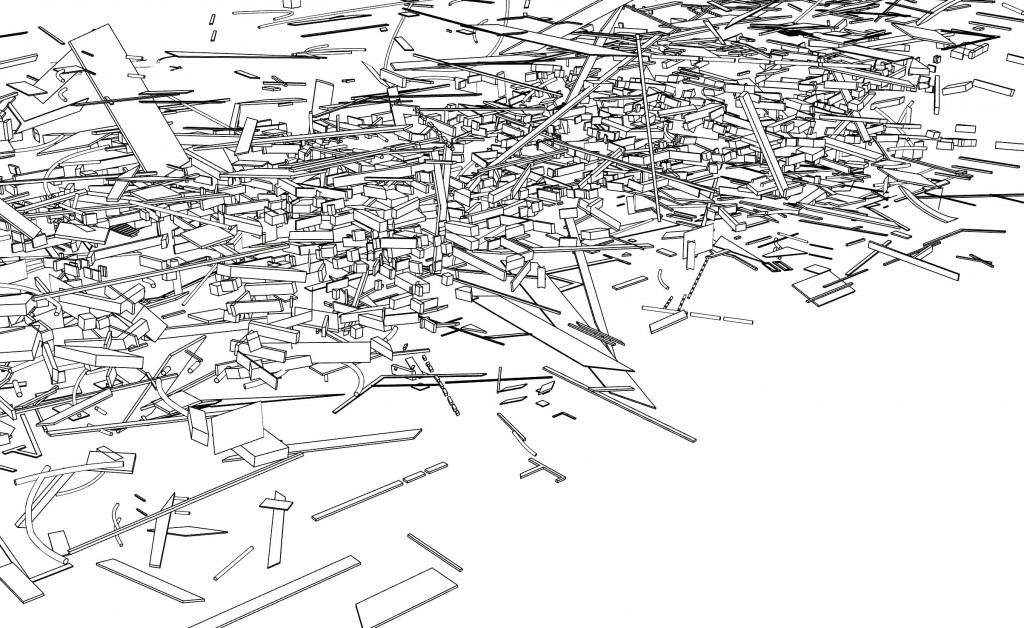 Apologies for another screen shot post but after 1282 hours on rhino, finally a 3D micromegas! Putting together a script + storyboard for narrative to discuss tomorrow…

I made these two views with a similar feel as last year’s images, but I don’t think they’re the look that I should be going for…

Within micromegas (looks wayy too much like a playground) 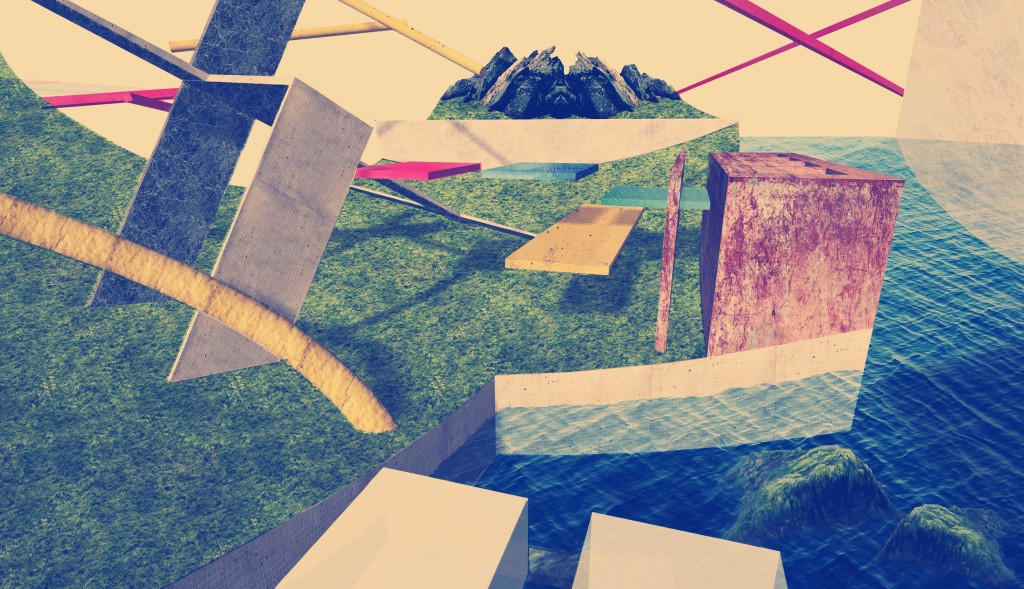 Confronting the edge of the sheet… 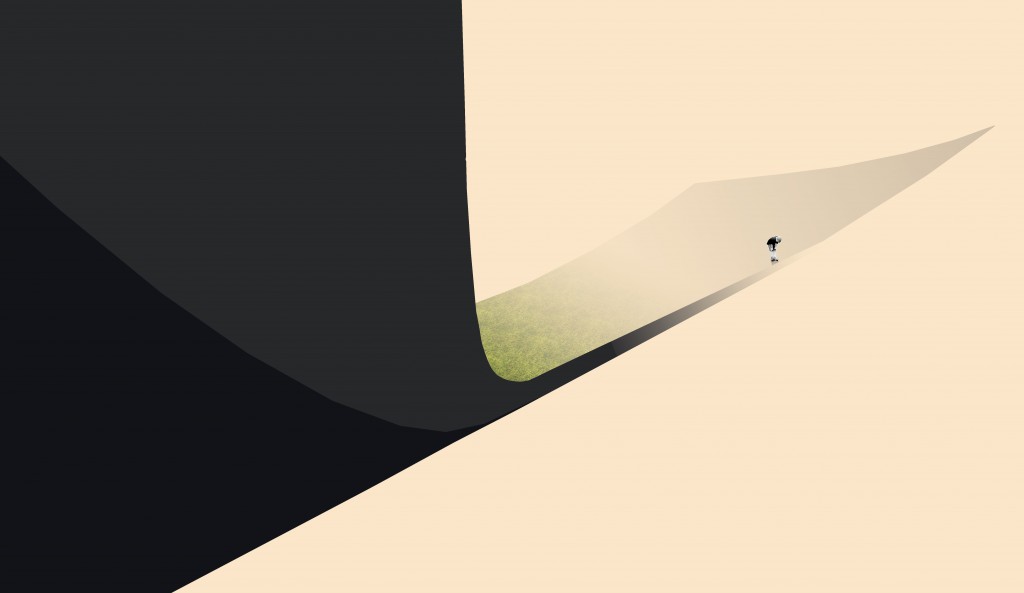 Also need to work simultaneously on a script/storyboard for the views otherwise I will easily spend my whole time in Rhino.

The narrative needs to move between:
– Map/’representation’ [reading the drawing as a direct translation of the territory]
– Territory [the 3D ‘reality’ although I dont want to use that term because in the end I    will be arguing against that reality in favour of paper]
– Paper world [the drawing as an end in itself rather than a means to something]

and feature:
– Libeskind
– Myself

Posted in Uncategorized | Comments Off 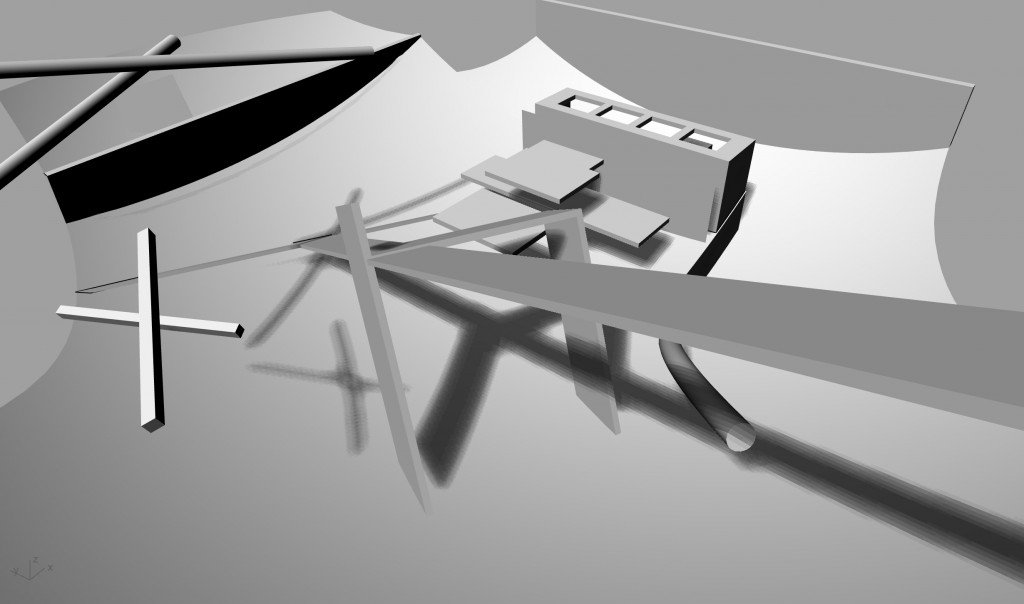 On Exactitude in Science

The Borges parable I mentioned in Friday’s tutorial –

“. . . In that Empire, the Art of Cartography attained such Perfection that the map of a single Province occupied the entirety of a City, and the map of the Empire, the entirety of a Province. In time, those unconscionable maps no longer satisfied, and the Cartographers Guilds struck a map of the Empire whose size was that of the Empire, and which coincided point for point with it. The following generations, who were not so fond of the Study of Cartography as their forebears had been, saw that that vast map was useless…”

and Neil Gaiman on the same idea, about tale-reality:

Hopefully a visual update of this idea as it relates to Micromegas coming soon.

You, the first-time observer, are lured in by their carefully crafted compositions and beautiful line weights; only to realise that you are able to read anything you want into them, and therefore nothing at all.

You are naturally inclined to search for a figure in their indefinite field of impossible geometries. And surely when you trace that dashed line back far enough it will lead to the object it’s indexing; otherwise it must be a contextual reference?

It seems however that their only common ground is respect towards the edge of the sheet on which they are drawn, which is what Libeskind urges you to realise after all. Read and project into them all you want, but in the end there is only paper.

Micromegas are anti-context, anti-figure, anti-representation. They mark Libeskind’s reaction against the work of his contemporaries; his argument being that the gap between representation and reality is decreasing, but the two should never be confused. The architect’s role is to create the disjunction between them, the extra bit of fiction. Just as Borge’s parable illustrates that the map is not the territory, so the drawing is not the architecture.

Micromegas are not the representation of a utopian project – they are a utopia.
In themselves, they define all the potentials of Libeskind’s future world.

How do you critique such a work, how do you get something new out of it? Either you try and ‘read’ them, only to come full circle in the realisation that there is nothing to read and in fact you have fallen into the very same trap that Libeskind is warning you against.

Or you subvert them. Give them a context. Visualize them in three dimensional technicolour and inhabit them.

can someone please show me where to go? 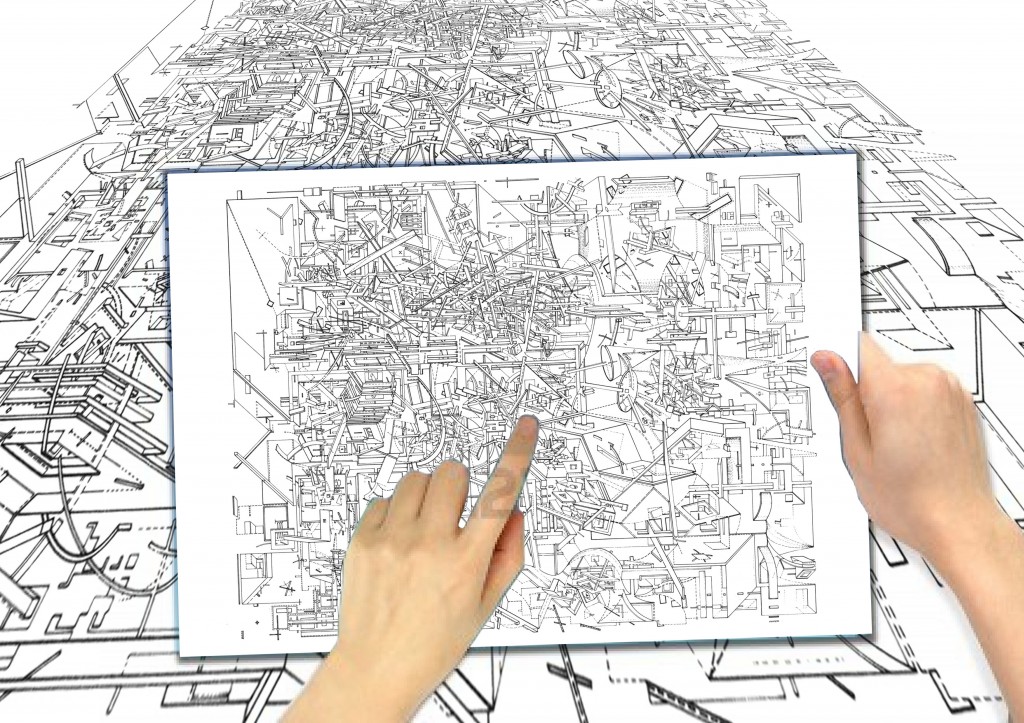 Posted on October 16, 2013 by Merve Anil
Posted in Uncategorized | Comments Off